Before I start I want to refer you to the macro update posted on the previous Sunday.

Back then I concluded that ES would make another push higher into a Red Target box.

This i how we can align the current position of ES on a macro Five Wave up fractal that started at the lows of 2009: 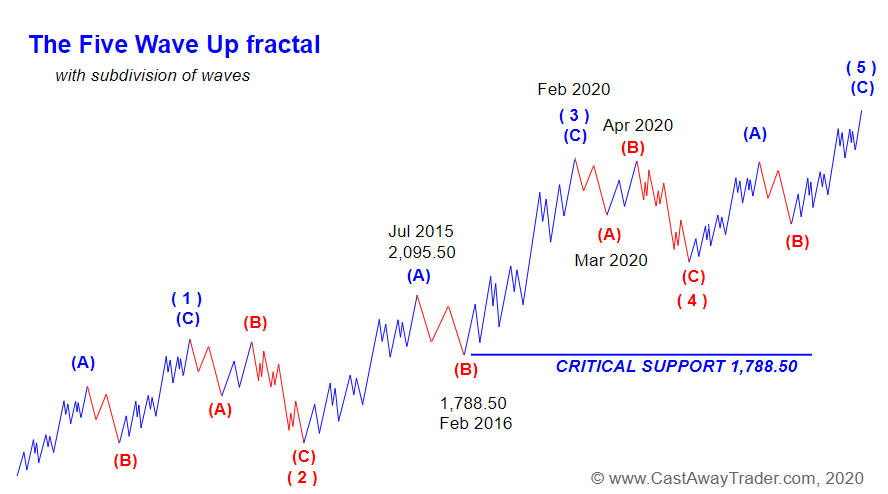 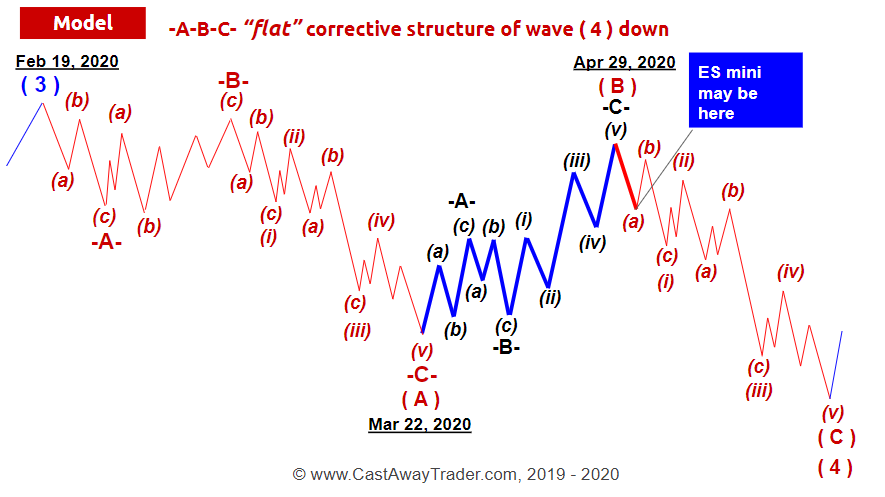 When we attempt to nail a top of a corrective -A-B-C- structure we watch for:

( 2 ) retracement ratios applied to preceding drop in wave ( A ) down.

We did nail the very top of wave ( B ) up last week and got the very first move down.

Well, we should get back to the Model of that flat corrective structure of wave ( 4 ) down (the second chart from the top) that has been unfolding since ES topped in wave ( 3 ) up in Feb 2020.

But either its ( a ) of ( i ) down or the whole ( i ) down we should reasonable expect a corrective wave ( b ) or ( ii ) up making a lower high.
When we get a corrective pullback we will be able to work with projections.

At this point all we have to do is to watch Demand Zones that could stop that very first decline.
When any Five Wave up fractal gets completed ( in this case that was subwave -C- of wave ( B ) up ), the first target for a corrective move down is the low made by wave -iv- down.