ES-mini made a major top in Feb 2020. Off that top ES dropped in a corrective fashion because the drop had a clean A-B-C don structure. That first leg down in subwave ( A ) of wave ( 4 ) down bottomed in mid March 2020.

Off that low ES has been climbing higher in a corrective subwave ( B ) up.

After that pullback I expect another leg down in the second leg down, subwave ( C ) of wave ( 4 ) down. 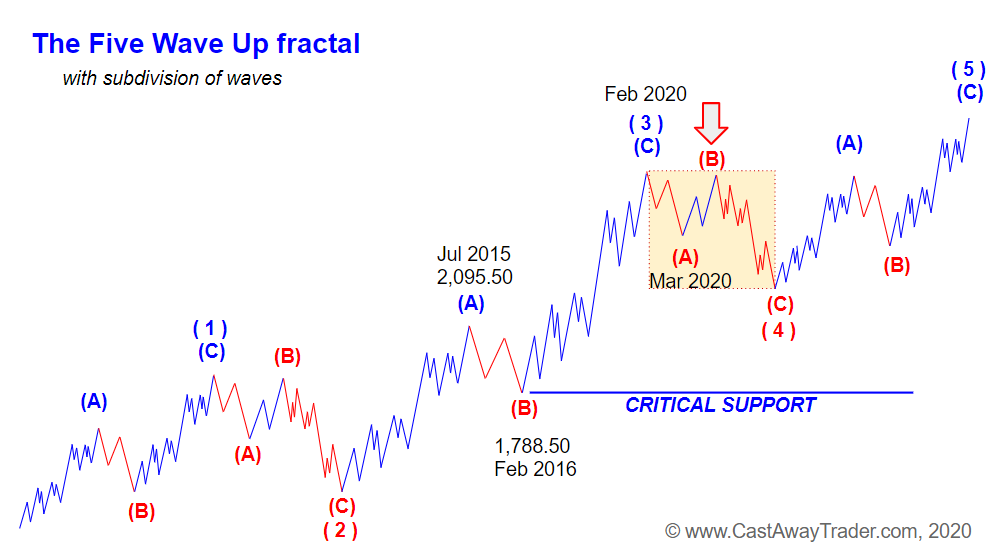 So far that A-B-C up pullback has retraced 58.6% (see the red fibs on the right side of the chart below) of the preceding drop from the Feb 2020 top to mid March 2020 low. That 58.6% retracement level, as you can see on the daily chart below, produced 160 point decline that lasted for two days. 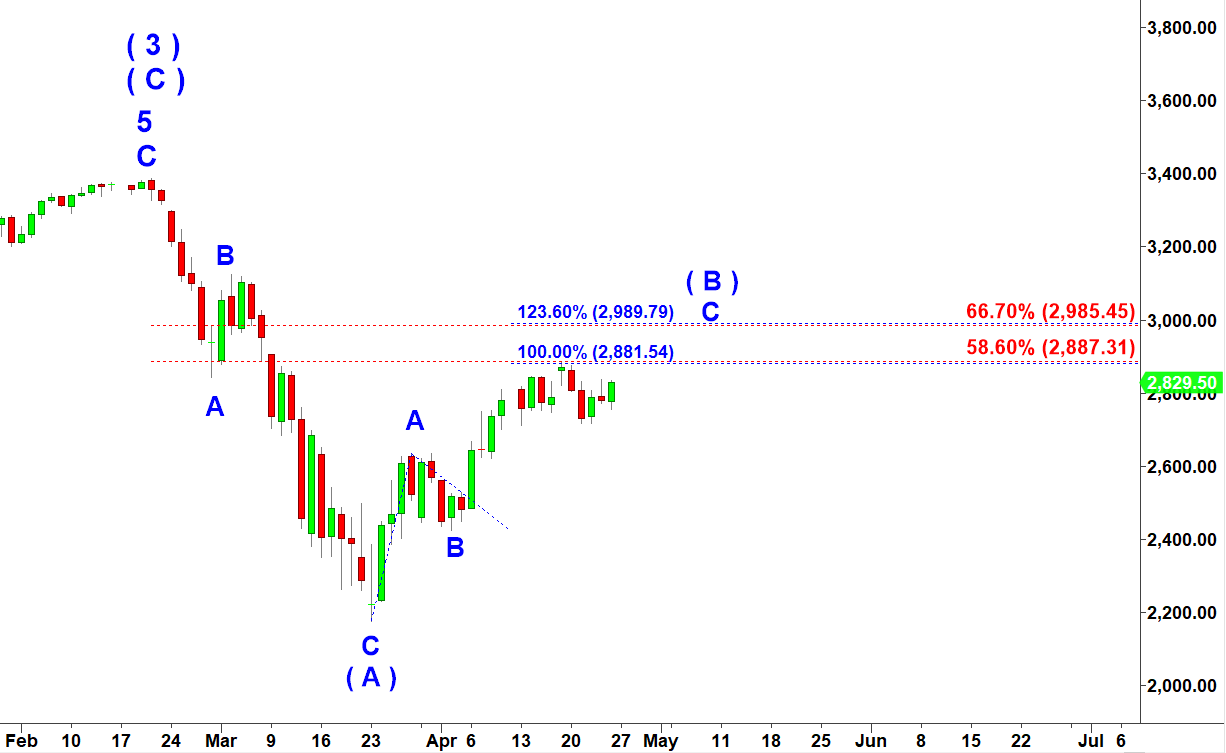 Now let’s zoom-in to 120 min chart to see better a micro structure of the rally in subwave C of ( B ) up (see the chart below).

On this chart we can see that ES may need one more push higher to complete subwave -c- of wave -v- up.

I have added the Red Target box based on:

Now we can add micro extensions of subwave -a- of wave -v- up:

I would be focused on two extensions:

We need to get five micro waves inside that final push higher in subwave -c- of wave -v- up into one of those levels of resistance formed by confluence of targets that derived one of three methods discussed above.

If Bears manage to break under the last low made at 2,755.25 last week that scenario suggesting one more push higher will be invalidated.

As long as ES manages to hold over that level we will be tracking a micro structure of that final micro rally in subwave -c- of wave -v- up to go short in anticipation of a major bearish reversal and decline in a large wave ( C ) of wave ( 4 ) down.