The Market is Topping, is July a correction time?

This video is a recording of the Live Webinar streamed on Friday, July 2nd.

I show Harmonic Elliott Wave analysis of ES-mini and NQ mini charts. In addition, I share my analysis of VIX, volatility index that is inversely correlated to the stock indices.

In my review I show two main scenarios.

The main difference between them is in the way to consider the low made in mid March 2020.

The primary bearish scenario considers the low made by S&P 500 in mid March as a temporary low. That drop could be only the first leg down in subwave ( A ) of wave ( 4 ) down.

However, we can also identify an alternative Bullish scenario that considers the low made in mid March 2020 as the whole wave ( 4 ) down. The low of the wave ( 4 ) down is a starting point of a new rally in wave ( 5 ) up. That wave ( 5 ) up should be subdivided into (A)-(B)-(C). This bullish count considers the rally off the mid March low as subwave ( A ) of wave ( 5 ) up. That rally looks having topped in S&P and may need one more push higher in Nasdaq. Under both scenarios mentioned above we may expect the market to turn down and decline in an impulsive fashion. 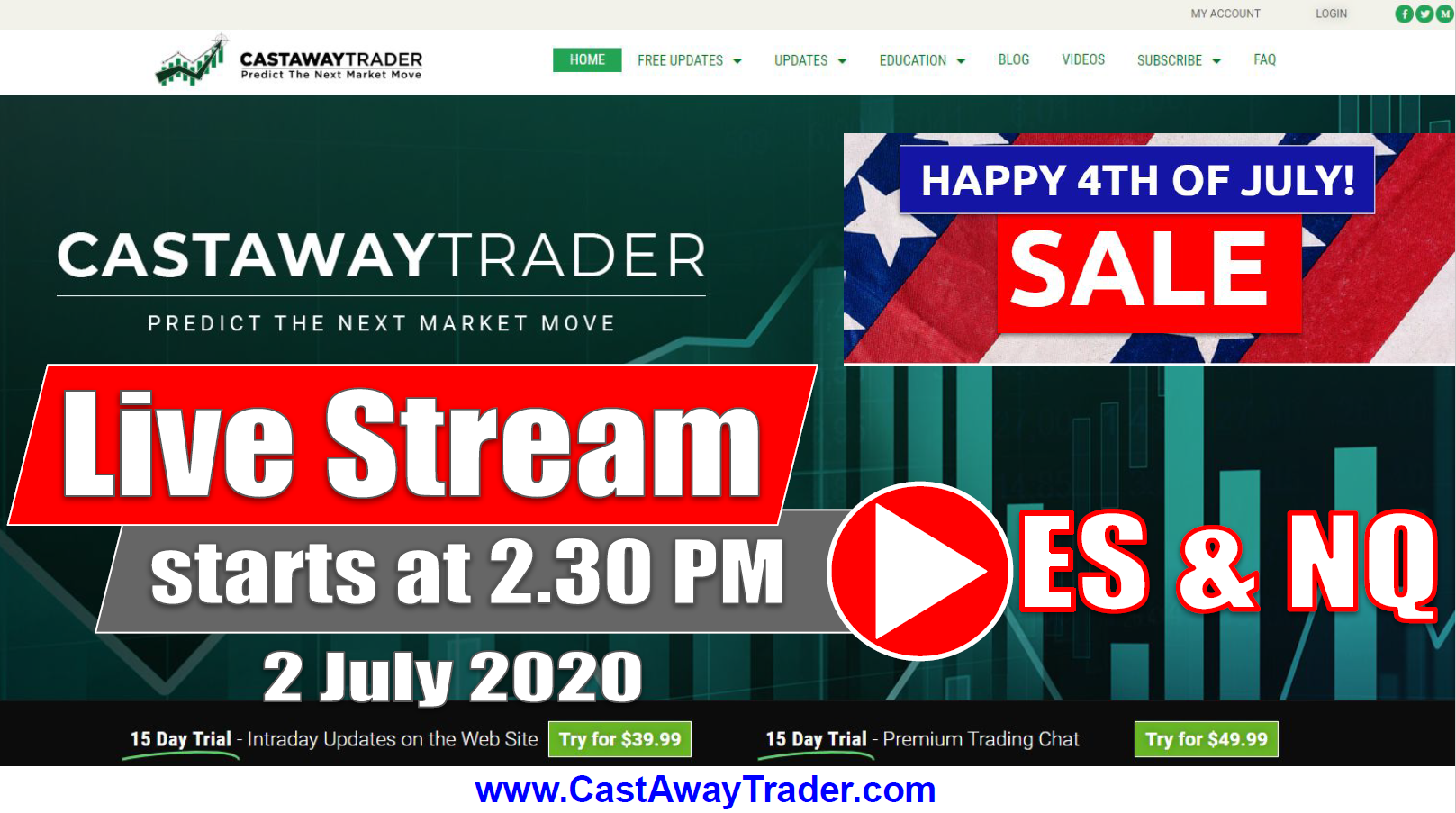