In the new video posted last night I explain how traditional technical analysis and wave analysis can supplement each other. 50 Day Moving Average has been push S&P higher for more than a year. But in September 2021 bears finally managed to break under that support. So far bulls have been unable to reclaim 50 MA.

Moreover, 50 MA has lost its positive slope and therefore does not longer work as support. It rather turned into resistance. Failure of bulls to recapture resistance of 50 MA would most likely cause another bears’ attack to the next support which is 200 Day Moving Average. I share the Harmonic Elliott Wave analysis that considers that move up as a corrective wave ( x ) up and argues for another leg down in wave ( y) down.

Finally, I share my wave count of VIX. If it continues to follow the Expanded Triangle pattern we may expect a very strong move up in volatility. That bearish scenario for SPX/SPY and ES fits the bullish scenario for VIX.

In the description of the video on YouTube you can find links to specific parts of that video you may be interested in:

During an OPEX week Monday and Tuesday may be the weakest time: 16:28

This is why big declines often happen after an OPEX week: 17:12 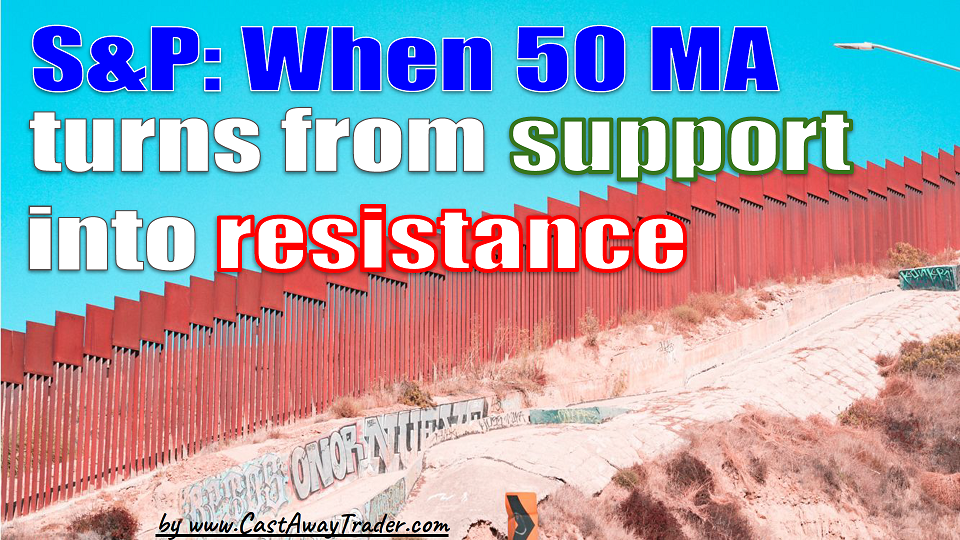