Stamps.com Inc. is a provider of Internet-based mailing and shipping solutions to individuals, small businesses, home offices, and large enterprises. Customers use this service to mail and ship postcards, envelopes, and packages. The firm offers United States Postal Service Mailing and Shipping. It has an outstanding Net Profit of 30% and stunning Return on Capital of over 474%. Moreover, It has a very low debt of only 30% of its annual EBITDA.

The first leg down in the wave (A) bottomed at $141.38 in December 2018. It followed by a corrective pullback in the wave (B) up that topped at 207.25 in February 2019. Now lets talk about that scary 50% drop happened yesterday after closing of the trading day.

In conclusion, as long as the critical support at $64.47 holds this drop may be a great entry point.

Now lets talk about that drop. Yesterday the company announced that it failed to renewed a deal with the U.S. Postal Service. CEO of the Company said that USPS did not let the company to work with other logistics providers despite numerous requests from its customers. The company said in the  announcement that earnings may decline by 50%. What is important is that the CEO said in the conference call that the company hadn’t entirely severed its relationship with the USPS. Stamps.com plans to continue to work with the post office “in the segments of the market where they offer a solution that’s in the best interest of the customer,” he said. As part of the plan, the company wants to work with  other  40 U.S. carriers, and 450 carriers worldwide. As you can see, the company keeps working and has a plan to expand its business. I am interested in buying STMP stocks under $95. 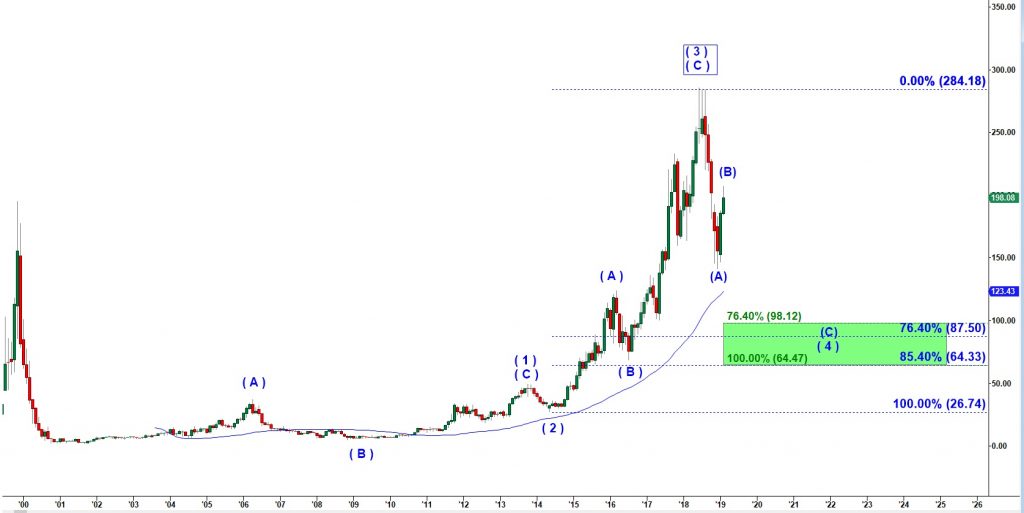