In June and July 2018 I predicted that an important top would be soon made.

On the chart above you can see two textbook targets for the corrective move down. The fact is a correcting market always comes back down to important support levels created by bottom of wave 4 down and wave ( ii ) of C of 5. I will talk about that rule in detail in my new course: “Trade Harmonic Elliott Wave like a PRO”.

On the chart below you can see that we hit the first target on 10 December 2018. I count that bottom as a bottom of the wave ( iii ) down in an impulsive five wave structure off the September 2018 top. 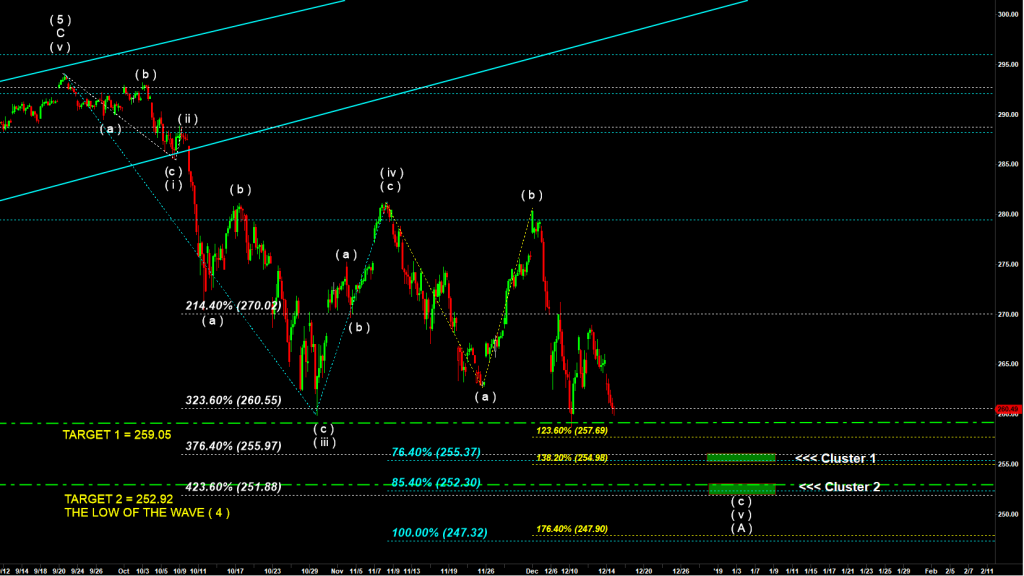 The structure of the decline off the top made in September 2018 looks at this point as a classic impulsive structure subdivided into five waves down. Below you can see an illustration from my video course. The current wave ( c ) of ( v ) should complete that move down started in September 2018. The minimum requirement for the wave ( v ) is to make a new lower low under the low made by wave ( iii ) on 10 Dec 2018.

At the moment there are two high probability targets for that move down. They are highlighted by two green boxes “Cluster 1” and “Cluster 2” on the chart above. As soon as this decline gets completed we should get a corrective wave ( B ) up that may retrace from 38.2% to 100% of the decline started off the September top. Corrections never have impulsive structure. If you get an impulsive looking decline off the important top your first conclusion that the decline is only the first leg down in wave A. And after a corrective move up in wave B we should get another move down to a new lower low breaking down under the bottom established by wave A down. 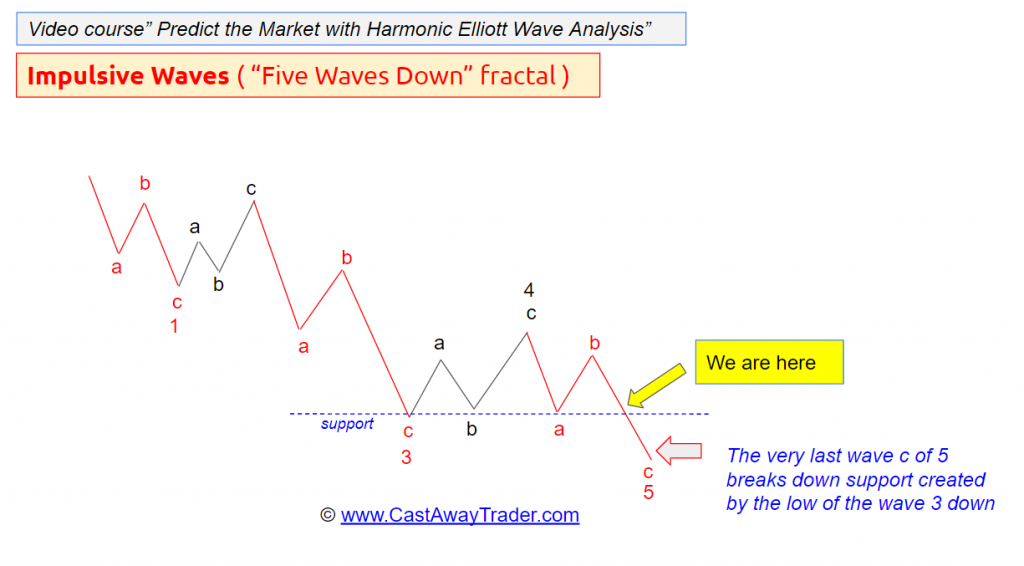 Start to learn how to predict the next market move today!
Get a promo-code for 40% discount valid until 31 Dec 2018