On November 8, 2018 I posted a detailed explanation why the drop off the June 2018 top was just a temporary pullback.

Back then I expected that NFLX would complete correction at $270. However, it dropped to 230 which was shown on my chart at 61.8% correction of the wave 3 up. 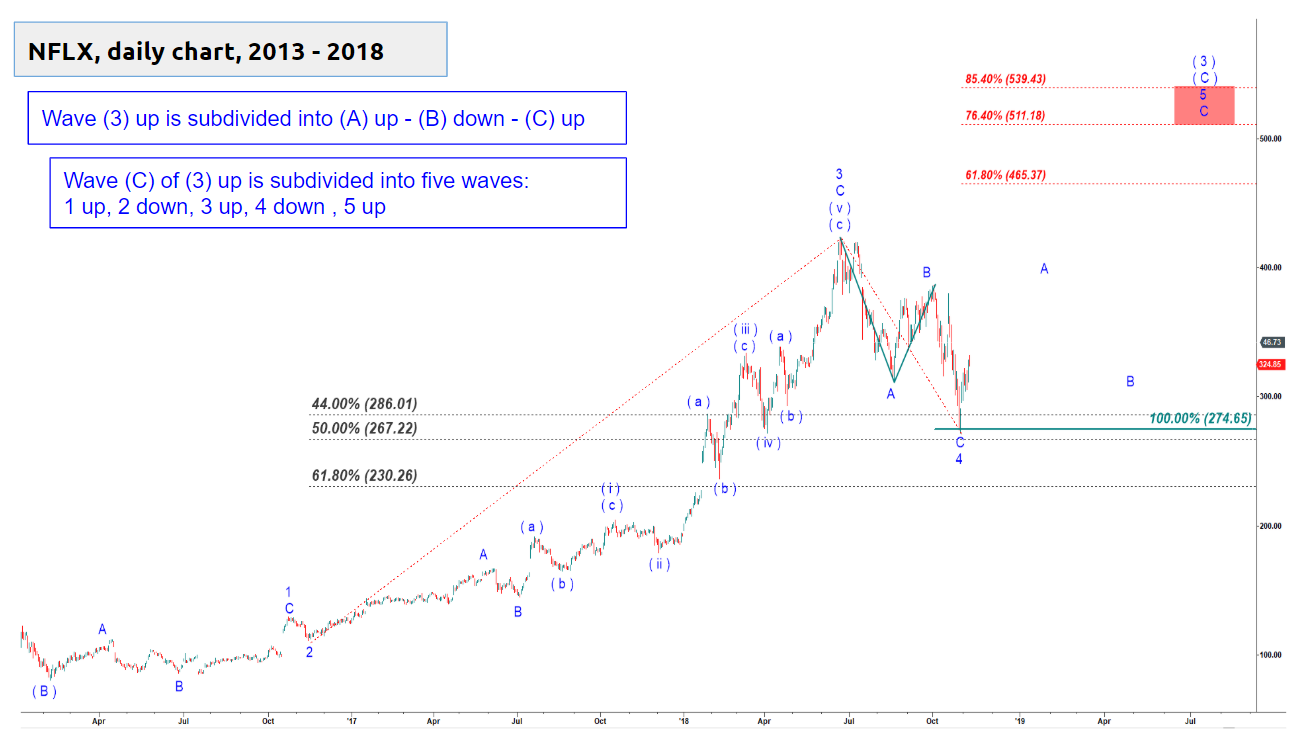 Since then my perspective has not changed. Back then I expected another rally to unfold after correction is over. That rally was expected to be shaped as A-B-C. And I expected that the first leg of that rally in wave A of 5 would not be able to approach the previous top made by the wave 3 up. Now NFLX is testing an important resistance area which is formed by 66.7% and 76.4% retracement of the drop off the June 2018 top into December 2018 bottom. The ideal scenario would be to get a drop from here in the wave B of 5 into the green box. I would not be shorting this because waves B are unreliable waves to make bets on. But in case it gets back down that would be a great long setup because the final rally in wave C of 5 of ( C ) of ( 3 ) should be very strong and make a new all time high.