Gold has stopped at the resistance zone I outlined in my previous post on 29 January 2019.

The problem though is that I expected a move shaped as a-b-c but instead we got an impulsive rally to the target. In other words, the structure of the rally in wave (c) of ( iii ) up is incomplete. That makes me think that we may get a shallow pullback holding over the previous corrective wave iv down and then make another higher high up to 1,347. If we get that wave b down and then wave c up to a new higher high that would complete the strongest part of the rally in wave ( iii ) up. Then we should expect a corrective wave ( iv ) down. I would be happy to add some longs if gold drops into the green target box. 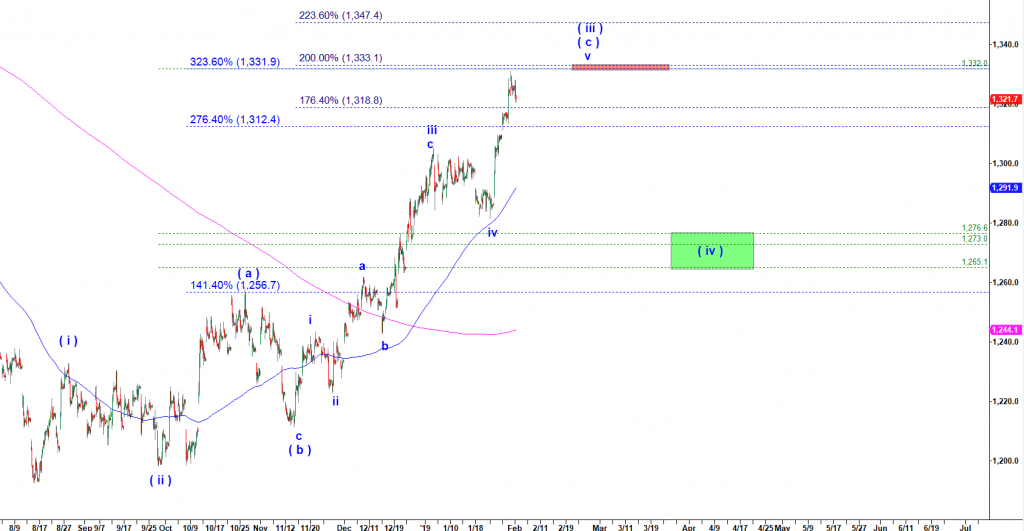