GBTC, Bitcoin Investment Trust, is an open-end fund that tracks the performance of bitcoin.

If you followed my bullish call posted on 28 December 2018 you could make a nice quick 15% gain together with me.

It still has not reached my initial target of 5.18. At this moment I still see that target as a good place where it either tops out in the whole wave ( c ) up or its micro wave iii. The latter scenario is more bullish and may imply that after a corrective wave iv down that can bottom somewhere around 4.56 – 4.45 we may get another rally stretching to 5.70 – 6.00. But I would definitely unload some longs over 5.00 just in case it is all of wave ( c ) up. See the alternative count in red on the chart below. As soon as that wave ( c ) up tops out I will be count  that structure as wave ( i ) up off the bottom. Then we should expect a corrective (a)-(b)-(c) down structure of the wave ( ii ) down. That correction would let us to reload our longs before the main part of the rally in the wave ( iii ) up starts. 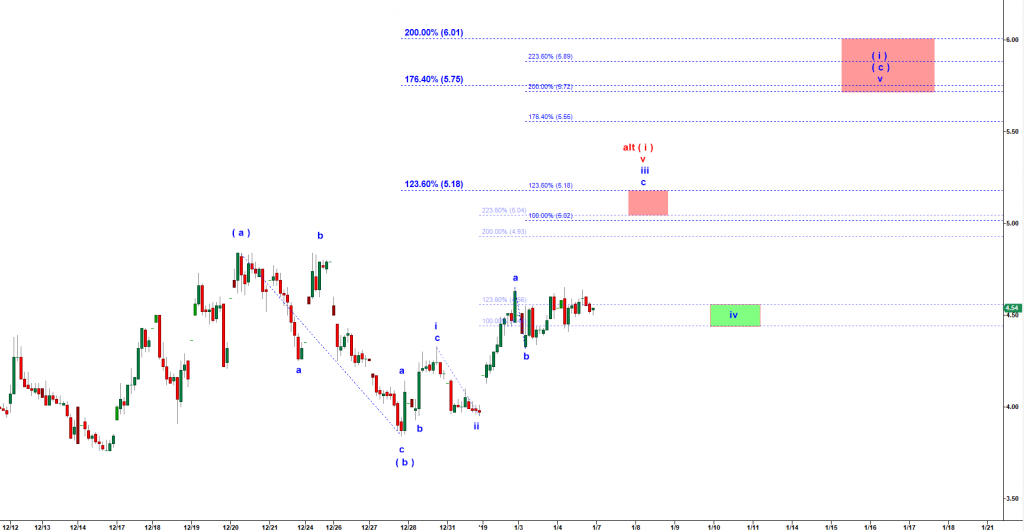 Click to start to learn how to predict the next market move today!