According to Harmonic Elliott Wave theory, any rally that manages to drive prices for a significant distance is structured as five waves. Waves 1, 3 and 5 are impulsive waves pushing prices to new highs in direction of the trend. Waves 2 and 4 are counter trend moves, just temporary interruptions in the trend. The wave 3 is almost always the most powerful segment of the rally. Once bulls get exhausted, time comes for a corrective wave 4 down whose goal is to cool down bulls. Wave 4 lasts as long as needed to make majority of bulls forget about the breathtaking rally in wave 3 and prepare a base for continuation of the rally to new highs in wave 5. 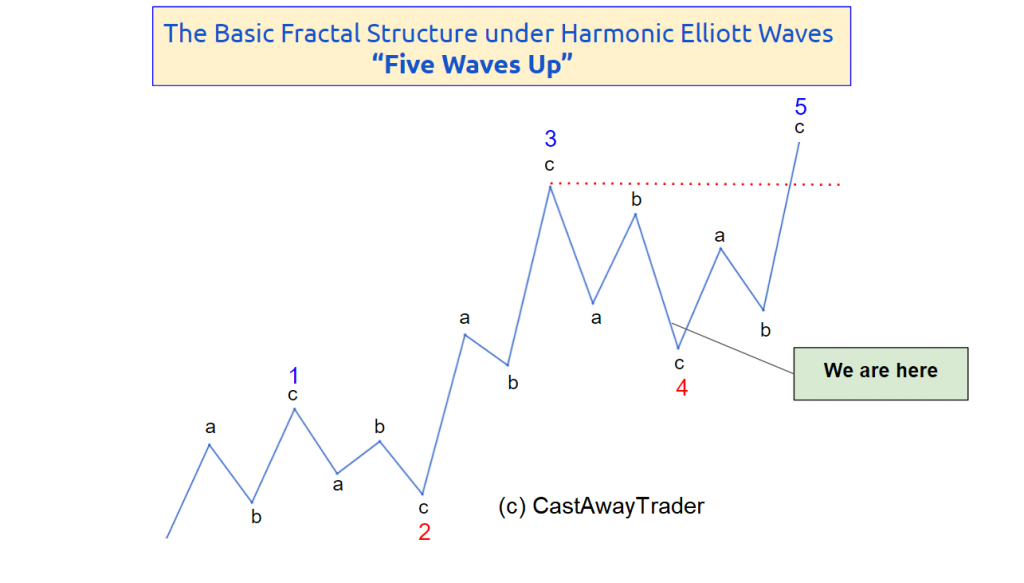 That corrective wave 4 down should be subdivided into three large waves A-B-C. The first wave A down bottomed at 10,700 on December 22nd, 2017.

Wave B up followed and topped at $17,252 on January 6th, 2018. And since then Bitcoin has been working on the final wave C down that should complete the whole correction in wave 4 down and give birth to a rally that will reach new all time high.

Since then Bitcoin price has been coiling. What it means is that every new move was shorter than the previous one. And this is what happens in a corrective pattern called “Triangle”. 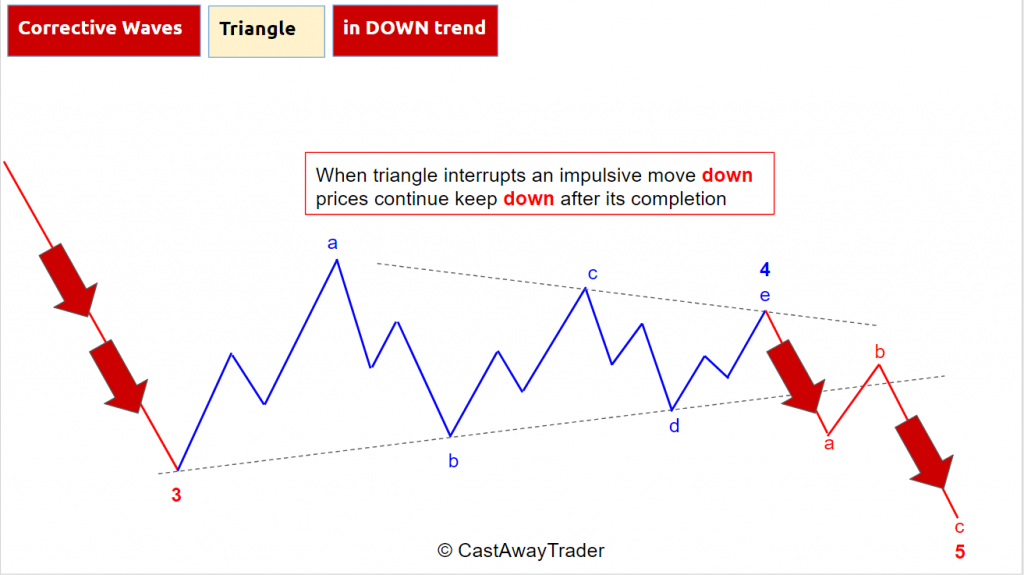 With each new move shorter than the previous one more more traders get frustrated and move to sidelines. The volume of trading drops. That market does not let make money making bets either way. And this pattern is just a temporary pause before the final decline in wave ( v ) down to new lower lows. Once that move down finds its bottom it will complete the final wave C down which in its turn will complete even larger corrective wave 4 down.

At this point the main question is what the potential target for the final decline in wave (c) of (v ) of C of [4]?

And here we should calculate potential projections to come up with confluence of targets. Projections of the larger Wave A of 4 give two targets: $4,432 and $4,136.