ES - setting up for a new rally

At this point ES has a very clean count. Let’s first look at the Five Fave fractal proposed by the Harmonic Elliott Wave theory.

I count the December 2018 low as the bottom of the corrective wave 4 down. Off that low we should get an impulsive rally in wave A of 5. That rally has to be subdivided into five smaller waves (i), (ii), (iii), (iv) and (v). 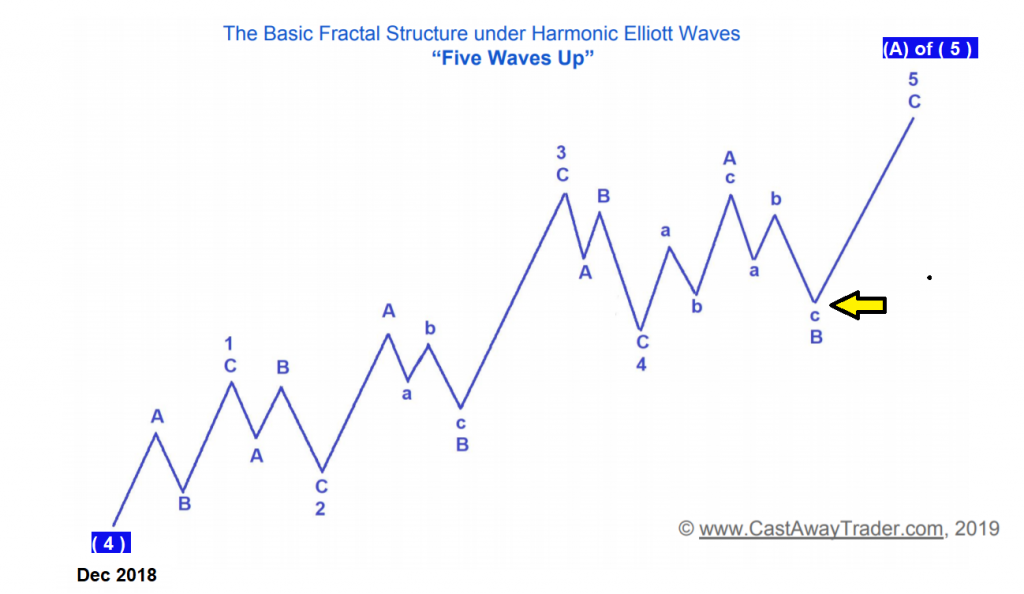 Check all the recent updates