DBA is the Invesco DB Agriculture Fund that seeks to track the DBIQ Diversified Agriculture Index. The Fund is designed for investors who want a cost-effective and convenient way to invest in commodity futures. The Index is a rules-based index composed of futures contracts on some of the most liquid and widely traded agricultural commodities including: live cattle, soybeans, sugar, corn, wheat , cocoa, coffee etc. 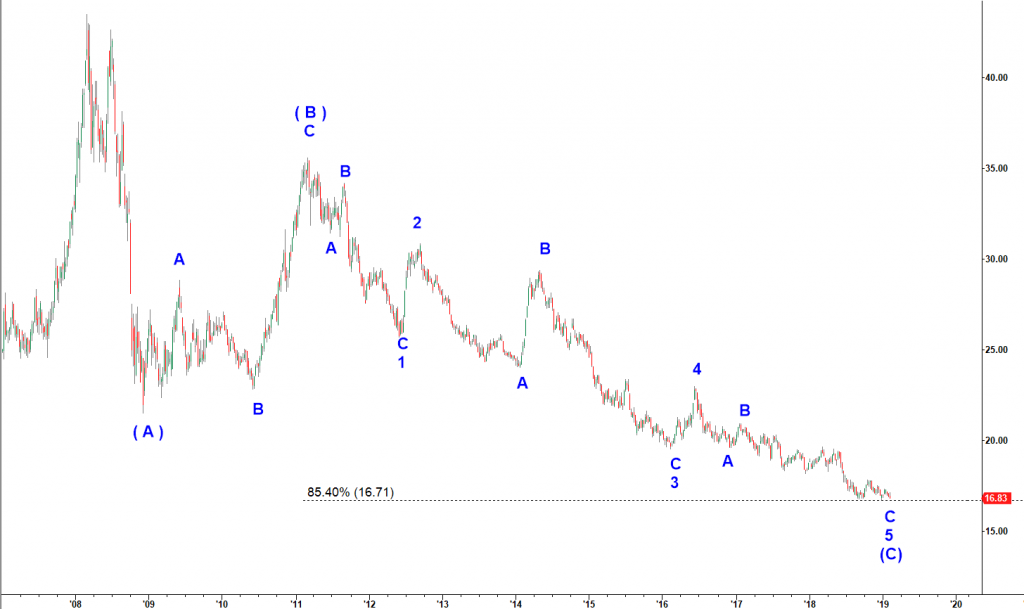 Now, when we are at the top of wave 4 of ( C ) we should zoom-in, meaning that we drop down to a lower time frame, from weeky to a daily. We zoom-in to get more details on the chart.

We are in the very final micro move down in a micro wave c down. There are three highly probable targets for that move: $16.40, $16.11 or $15.70. Once that final micro wave c finds its bottom we will see a multi year rally.