I have been counting the long term decline during the period from July 2008 to the lows reached in February 2016 as a huge (A)-(B)-(C) corrective pattern. The final wave (C) down started in September 2013. That wave (C) down should be subdivided into five waves. It is important to track its completion because once it finds its bottomand gets completed a large multi year rally will begin.

The problem is that we can not say at this moment whether we saw that five wave decline in wave (C) got completed in February 2016 or we saw only the bottom of wave 3 of that final wave (C) down.

Let me show you two alternatives we have at the table. 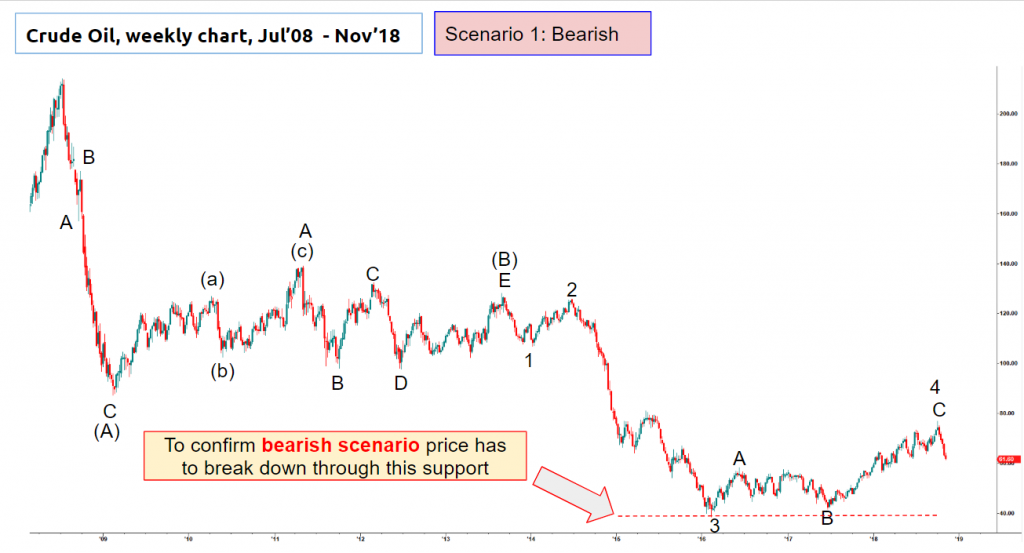 Under the bearish scenario we should get A-B-C of wave 5 down where first drop in wave A of 5 should look impulsive (subdivided into five subwaves) and target the lows made in February 2016. 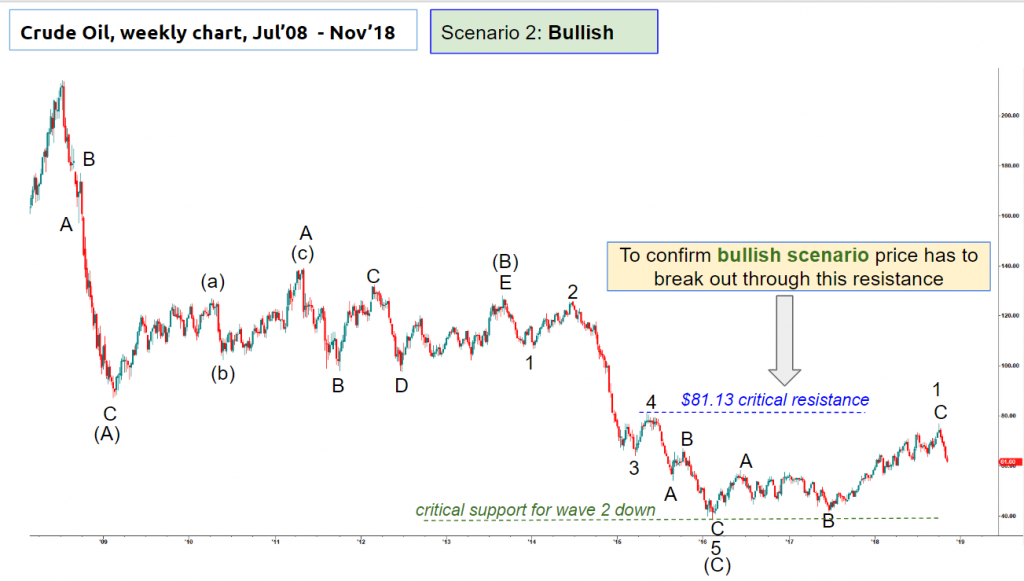 Under both scenarios, the bullish and bearish, we should expect decline either in wave 2 down (for the bullish case ) and in wave A of 5 down (in the bearish case).

My micro count below currently assumes that we are moving down in impulsive five wave move in wave A of 2 ( the first leg of corrective A-B-C decline of the wave 2). That supports the bullish case where we should not see the lower low. Under that micro count we are bottoming here in wave ( iii ) down and should get a strong pullback in wave ( iv ) up… That means that it is a good setup for a LONG short term trade. If we get a corrective looking (A)-(B)-(C) decline off the top made in October 2018 without violating the low reached in February 2016 that would be a good entry point for a long term longs. But at this moment we should keep watching this decline unfolding hoping that it will get a strong pullback up in wave ( iv ) up confirming its an impulsive drop in wave ( A ) down in corrective wave 2.