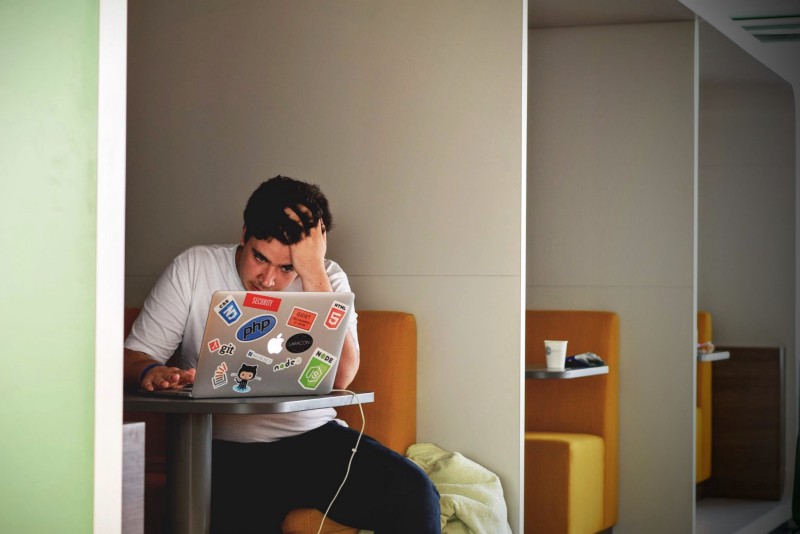 Why professional traders not only
trade better but
do it effortlessly

The more we become proficient in some skills the less efforts we should pay to accomplish a familiar task. That is confirmed by fMRI studies described by Quinet ( 2003 ). Researchers compared overall activity in brains of college students at the time when they first approached some unfamiliar math problems with the same students after they got familiar with the task. As the students developed some skills in solving those math problems they started to do it quickly and effortlessly. They achieved some efficiency in solving that problem and active region in their brains decreased. When we achieve an expert level in any domain not only we perform better but we also spend less mental energy if to compare to novices!

There are several stages in acquisition of any skill.

At first we have to collect enough facts about the task at hand. We discover, study and generalize similar patterns. We try to figure out any connections between the facts to distill them into any rules relevant to the task.

I start teach people to trade based on wave analysis from introducing them to fractal nature of market moves. Then I show them standard fractals that get replayed by the market. Then we go deeper into studying specific rules that each fractal should follow. Learners are supposed to rehearse those facts including the right look of the pattern in play and relevant rules when they first try to identify those common patterns by themselves.

When novices start to learn new technique they have to apply mental efforts to retrieve information about the patterns and rules from their memory. They perform in a step-by-step fashion retrieving and performing the rules one-by-one. That is a slow and elaborate process. At this stage the knowledge they have is in declarative form. Declarative memory is a storage of facts and events. The great thing about declarative memory is that it can be learned in one trial. You can read a book or watch a webinar and acquire a lot of important facts relevant to trading. Unfortunately declarative memory is not enough to get proficient in some skill.

At the second stage of skill acquisition several things happen. First, you memorize all important facts and rules about wave analyses you recently learned. You do not longer need to refer to your notes to retrieve from your memory all the six rules of a five wave fractal. Second, your brain starts making connections between different ideas and concepts. When novices start to learn something new all the facts are stored as a list of facts that are not connected to each other. Moreover, they are stored in the same sequence as they were learned. At a later stage those concepts get interconnected. For example, at first novices learn that every impulsive wave is subdivided into five smaller subways. Then they memorize that subways 2 and 4 are corrective subways. That means they represent temporary corrections in countertrend direction. The next step for them is to associate a common understanding of support and resistance with what they have just learned about five wave fractal. The lowest points of corrective waves become critical supports for the following corrective wave. Then they realize that violation of support means invalidation of the current count. That process of discovering different context and building connections between seemingly unrelated concepts come with practice.

The third important stage of skill acquisition is developing automated performance. At this point a sequence of steps that novices had to perform one-by-one paying attention to each step gets blended into a smooth overly learned process. This process is similar to creating a shortcut in any software application you regularly use. For example a conventional way to save a text you typed in a word processor is to click the top bar menu “File” and then in submenu you find “save”. To save time you can create a shortcut assigning a combination of buttons like “Ctrl”+”S” that would trigger the same command to save the file. After some time using that shortcut saving a file will be performed automatically. You will not even need to visually find the buttons “Ctrl” and “S” on your keyboard. Your fingers will remember how to find them without looking at them.

In 1979 Kohler conducted an experiment where participants learned to read an inverted text. They had to read a long text transformed in different ways. The goal was to measure time it takes participants to read a page at different stages of the learning process. At start, it took learners painful 16 minutes to read one page with transformed text. Compare it to only 1.5 minutes it took them to read a page of normal text. But after reading 200 pages of inverted text they could read a page with transformed text in only 1.6 minutes! By that point they developed a skill that enabled them to efficiently perform a familiar task in a painless effortless way.

In 1982 J.R.Anderson conducted an experiment where he asked students to verbally spell their way of thoughts in the process of solving geometrical problems. At first students were taught rules of congruent triangles. Then they were presented with different samples and were asked to determine if those specific samples were congruent triangles. When students approached the first problem they followed thinking-aloud protocol. When students attempted to solve problems first time they spelled out all the rules they were taught. They would retrieve the rules one-by-one from their memory and then check if a sample triangle follow that specific rule. That was a long and exhaustive process.

After a series of just four more problems students significantly improved performance. They were able to instantly identify if that given triangle was congruent or not without checking all the rules in a step-by-step fashion. They did not longer need to verbally rehearse the whole analytical process of checking if triangle fits the given criteria and that significantly reduced time needed for completion of the task. The process that used to be performed in steps that time was executed in a single step. Only after four iterations students advanced to the point where they could simply apply a set of rules as a pattern. Pattern recognition is an important part of a procedural embodiment of a skill.

Any novice trader follows the very same path to mastery. First he learns rules and after sufficient practice he does not longer have to think about what to do next. He simply starts to see a familiar pattern on a price chart. The process of conversion of deliberate knowledge that can be taught into pattern-driven application of procedural knowledge is called proceduralization.

In a later study conducted by J.R.Anderson in 2007 researchers checked fMRI brain images of students at the initial and final stages of practicing similar math problems. The main discovery was that deliberate practice of a task caused a dramatic decrease of activity in prefrontal region of the brain. That part of the brain performs mentally costly operations like self-control, logical reasoning and focusing attention when following step-by-step instructions. That observation confirmed that the process of proceduralization makes possible to perform familiar tasks without deliberate efforts to retrieve instructions from memory. After some practice learners are able to apply knowledge to task in automatic way without deliberate conscious control!

What are the main takeaways that can speed up your progress on the path to mastery in trading? First, if a trading technique you try to learn does not have clear explicit rules you have chosen the hardest and longest possible path to a professional trading career. Remember a case when readers had to read 200 pages of transformed text before they developed skills to read them fluently? They were not given any rules explaining how the text was transformed. It took a lot of practice for their brains to figure out and learn those rules on subconscious level. Now compare it to another case described above when students were taught rules on how to identify congruent triangles. Because they were given explicit rules it took them only four iterations to automate that skill.

Second, if you are given rules try to check any chart for those rules in a step-by-step following thinking aloud protocol. That would help to embed that process in your brain and make sure you do not skip any significant step and do not jump to conclusion prematurely.

Third, you will be better off if in addition to rules you are taught specific visual patterns. That would significantly speed up the process of making connections between different concepts and ideas. That is the main advantage of Harmonic Elliott Wave methodology. You not only get the rules describing specific repeating patterns but you also learn how those patterns look like. Our brain has an area called visual cortex which does excellent job in pattern recognition. Engage it into your trading business from the day one!

Finally, to become a professional trader you have to develop a procedural memory. Procedural memory is a system containing knowledge of how to do things. This kind of knowledge guides both physical activities like cycling or swimming and cognitive skills like playing chess, speaking public and trading. These skills are hard to express verbally. The only way to learn it is to apply rules and knowledge about patterns in practice. Therefore, to learn trading you should find a coach who not only teaches technique but also trades it by himself. Start from following his analysis but try to progress to applying skills by yourself as soon as you can.

Photo by Tim Gouw on Unsplash