The main question i whether wave ( A ) of ( 5 ), an impulsive rally that started in Dec’2018 has topped already or needs another push higher in subwave C of 5.
I have two different counts that give different answers to that question.
Let’s first start from my primary count which is a bullish one.
Under that bullish count the rally started in Dec’18 has not topped yet. It implies that the very final wave C of 5 started on August 6. That wave C of 5 will finally complete that large rally in wave ( A ) up. At the very minimum that rally has to tag 3,050 but it is more likely that it will stretch to 3,120 – 3,190.

The “Bearish” count below implies that a large rally in wave ( A ) up topped in July. Then the panic selling that bottomed on August 6 was the first leg down in subwave A of a large corrective wave ( B ) down. What I do not like about this count is that wave ( A ) up does not look completed because a rally from the low made on June 4 to the top in July does not have a-b-c structure and therefore can hardly be counted as the final wave 5 of ( A ) up.

On both charts above, either the bullish or the bearish count treated the low made by a panic selling on Monday, August 5 as an important low. The Bullish count treated that low as a major low from where another impulsive rally in wave C of 5 started. And the alternative bearish count treated that low as a temporary bottom from where we had to get wave B up to be structured as a corrective a-b-c up.
That is why I kept bullish bias after close on Monday, 8-5-2019. The previous week I kept counting micro waves in ES mini on 5 min chart to track that unfolding a-b-c up structure.
In both scenarios a completed a-b-c move up off the low made during overnight session on Monday, August 5th, should produce another move down. Under the bearish count we should get an impulsive drop in wave C of ( ) down targeting new lower lows under 2,775. And under the bullish count we should get a corrective decline that should make a higher low well over 2,775. Under the bullish scenario the a-b-c up structure ES played out last week can be counted as wave ( i ) up and as soon as it tops out we should get a corrective ave ( ii ) down. As you ca see on the chart of ES mini below, it can make the very final push higher in a micro subwave c of v that would complete that a-b-c structure. Many traders considered the spiky drop that bottomed during overnight session on August 5 as subwave iii down and, consequently, the rally that followed as a temporary pullback, a “dead cat” bounce. That is why those traders kept adding to the shorts during the last week. Technically speaking, that a-b-c rally we watched last week could be considered wave iv up if it stays under 2,945. If we get another push higher as shown on the ES 5 min chart below, that resistance will be most likely taken out. That would make bears cover their shorts and that final move up in a micro subwave c of 5 may come as a fast spiky move up targeting the red target box located in between 2,958 and 2,979. That would be ideal completion of a-b-c structure up and start of a bearish pullback.

You can watch my latest video where I explain how you can find winning trading setups even when you deal with multiple alternative scenarios.

New Video: "S&P and ES-mini - the Big Picture: How to Trade Based on Multiple Alternative Scenarios" 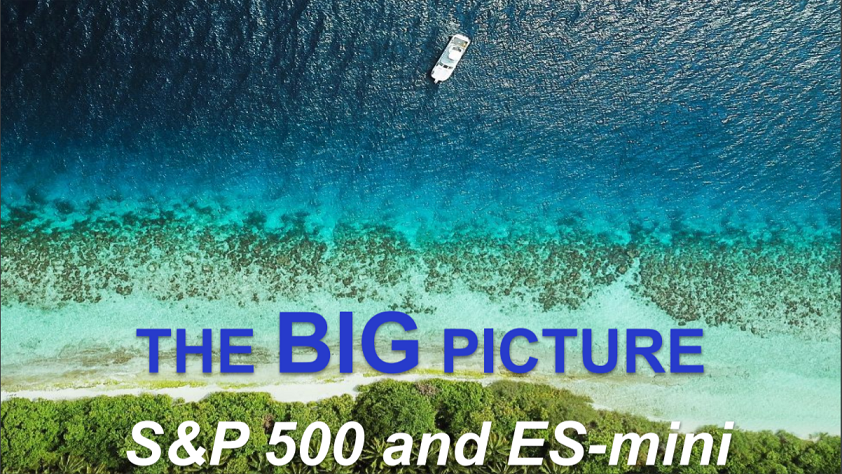